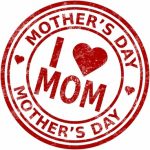 raised us to be the internet savvy geeks and nerds that we all are – Aspiration Hosting is offering 30% off your first invoice for any hosting service on any billing term. The promotion will run until June 1, 2019.

Full information on the promotion can be found here.

How did the modern Mother’s Day begin?

Mother’s Day is a celebration honoring the mother of the family, as well as motherhood, maternal bonds, and the influence of mothers in society. It is celebrated on various days in many parts of the world, most commonly in the months of March or May. It complements similar celebrations honoring family members, such as Father’s Day, Siblings Day, and Grandparents Day.

The modern Mother’s day began in the United States, at the initiative of Ann Reeves Jarvis in the early 20th century. This is not (directly) related to the many traditional celebrations of mothers and motherhood that have existed throughout the world over thousands of years, such as the Greek cult to Cybele, the Roman festival of Hilaria, or the Christian Mothering Sunday celebration (originally a commemoration of Mother Church, not motherhood). However, in some countries, Mother’s Day is still synonymous with these older traditions.

The U.S.-derived modern version of Mother’s Day has been criticized for having become too commercialized. Founder Jarvis herself regretted this commercialism and expressed views on how that was never her intention. Click Here

Her campaign to make Mother’s Day a recognized holiday in the United States began in 1905, the year her mother, Ann Reeves Jarvis, died. Ann Jarvis had been a peace activist who cared for wounded soldiers on both sides of the American Civil War, and created Mother’s Day Work Clubs to address public health issues. Anna Jarvis wanted to honor her mother by continuing the work she started and to set aside a day to honor all mothers because she believed a mother is “the person who has done more for you than anyone in the world”.

If you have any questions at all feel free to contact our Sales Department via Chat, Ticket, or Phone.